“A date which will live in infamy – the United States of America was suddenly and deliberately attacked.”…”Very many American lives have been lost.”…“Always will we remember the character of the onslaught against us.”…“I believe I interpret the will of the Congress and of the people when I assert that we will not only defend ourselves to the uttermost, but will make very certain that this form of treachery shall never endanger us again. Hostilities exist. There is no blinking at the fact that that our people, our territory and our interests are in grave danger.

On Monday December 8, 1941, Theodore Roosevelt spoke these words about the bombing of an American military base on Pearl Harbor in Oahu Hawaii the day before. (Listen to President Roosevelt’s actual speech)

Today is the eighth anniversary of what some have referred to as the “New Pearl Harbor” and what has simply become known as 9-11. Both involved surprise attacks killing many Americans that resulted in war with the main difference being that the 2001 event was entirely civilians and the 1941 event was a World War versus a Global War on Terrorism which has mainly been an “American War” with some support from other countries initially but these days it seems like it’s only our war; one that some say is more about American Imperialism than protecting us from terrorists, an enemy that we can’t see or apparently find well enough to finally end a war that’s been going on for most of the past 8 yrs with some saying no real end in sight anytime soon.

Heroics and bravery are somewhat expected of soldiers but what about a business man/woman? Or a janitor, security guard, salesman? Aka civilians. This comment is not meant to detract from soldiers but that it’s part of their job but not really for the average civilian. Men and women of all race, creed, color, social status, and occupation were suddenly required to find within them this heroics and bravery.

This is what I noticed watching all of the coverage of the aftermath. That regardless of who they were, they rose to the challenge of assisting not only a fellow American, but most importantly a fellow Human without any question of who they were, what their social/economic status, etc was. It was Humans helping Humans. I was watching The Collective in Action!!

What followed was a very serious question. If we could drop all of our supposed boundaries that make us different, from which myriad judgments and condemnations result, for one day, just what would it take for that to happen permanently? Would it then take humanity to be on the brink of annihilation in order for this to occur permanently? It almost seemed too much to ask much less consider because that day was a lot of Death, Devastation, Destruction, and Mayhem much less the latter question; but that wouldn’t ever happen right? If you truly look at the world over the last 8 yrs it seems to be a lot worse. Not just this endless GWOT (which BTW is still killing endless civilians, just not “ours”) but economic collapse resulting in job losses, foreclosures, growing loss of individual freedoms; the list seems to get longer and longer as time goes on.

As a result of this, last year I wrote a blog post called “The Spirituality Behind 9-11” where I explored in detail this idea in conjunction with the other “aftermath”; many, many people seeking the reasons for this horrific event by looking to whatever their idea of God was. It essentially was the beginning of a Spiritual Revolution because due to how technology connects us to the entire world, we were not the only ones witnessing this event as it was happening on live television so as The Collective it was a single occurrence that aligned us all via the horror of Death, Devastation and Destruction and now the question is just what are we still doing about that?

I have witnessed an explosion of this Spiritual Revolution over the past 8 yrs and thanks to places like Twitter we can come together and communicate with each other but I still have to ask if it’s enough because there still seems to be so much apathy in the world in conjunction with so much destruction. Is it really someone else’s problem when it’s so rapidly approaching your backyard (literally!) Sure there are people like Kimberly May Jones who is organizing “One Minute for Peace: The 11:11 Global Peace Project” to occur on 11/11/2009 @ 11:11 which should be a very powerful demonstration for and of The Collective. The question still remains as to whether it’s enough to result in a permanent shift. Only time is going to tell the Real Story.

I’m observing that we are at a tipping point and the future of Humanity is at stake which is why I stated in my The Spirituality Behind 9-11 post that “a storm is coming” because if we’re not actually killing each other, we are also killing our way of life via greed and corruption resulting is the slow degradation of what we believe to be freedom. It is only with The Collective standing up and speaking as a whole that things will truly and totally change but from my perspective this requires Personal Responsibility in a world that appears to continue to scream to be “saved” by either their government and/or their religion neither of which is doing a very good job.

So I first invite you to read The Spirituality Behind 9-11 and again ask you, What level of Death, Devastation, Destruction, and Mayhem will it take for us to permanently drop our boundaries of Separation and live as The Collective?…and then ponder if it really has to happen at this level or can we come together before it gets to that point. Free Will is a God given Gift so we all must make the same choice and it’s as simple as that. A Course in Miracles teaches that your life is the result of your choices and if you don’t like the results to keep on choosing until you do.

The Choice is ours to make. 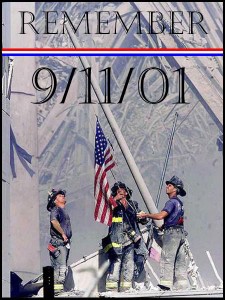 Your real faith may not be formulated in creeds but from a deeper portion of yourself that you have forgotten, or ignore.~UnknownSource: Alex Collier

If your Purpose in Life involves the Giving and Receiving of Unconditional Love, then everything after that is secondary.”
~Jeff Staebell

The Separation results because you believe that your Mind and your Heart act independently of each other. This is an Illusion.